1937 dated S84/98 coded S/185 for Elite Diamant and property marked R.F.V. for the Reichsfinanzverwaltung (Reich Finance Administration). The bayonet has matching serial number (4618a) and is profusely stamped with DWE 218 inspection markings. The RFV bayonets were originally manufactured as part of the military contracts and therefore have standard maker/date markings, serial numbering, and inspection stamps. They were later purchased by or perhaps diverted to the RFV. They can be found by several makers and various dates with serial numbers close in series indicating they were acquired in lots or batches. Member AWS has a similar example in his collection which is numbered less than 350 pieces from this one. These bayonets were issued to various Zollschutz (Customs) personnel.

Fine example. My bayo is# 4091 | a. Wrote down a few more reported examples as well but don't know where, but think Andy likely recorded them as well...
Last edited: May 5, 2021 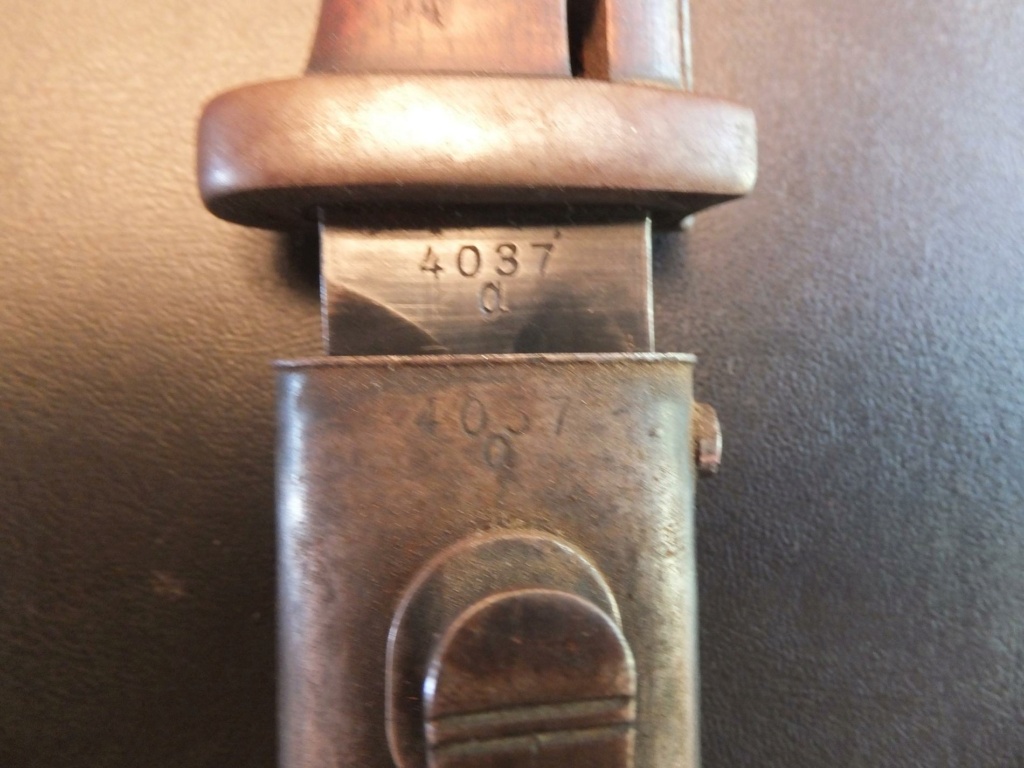 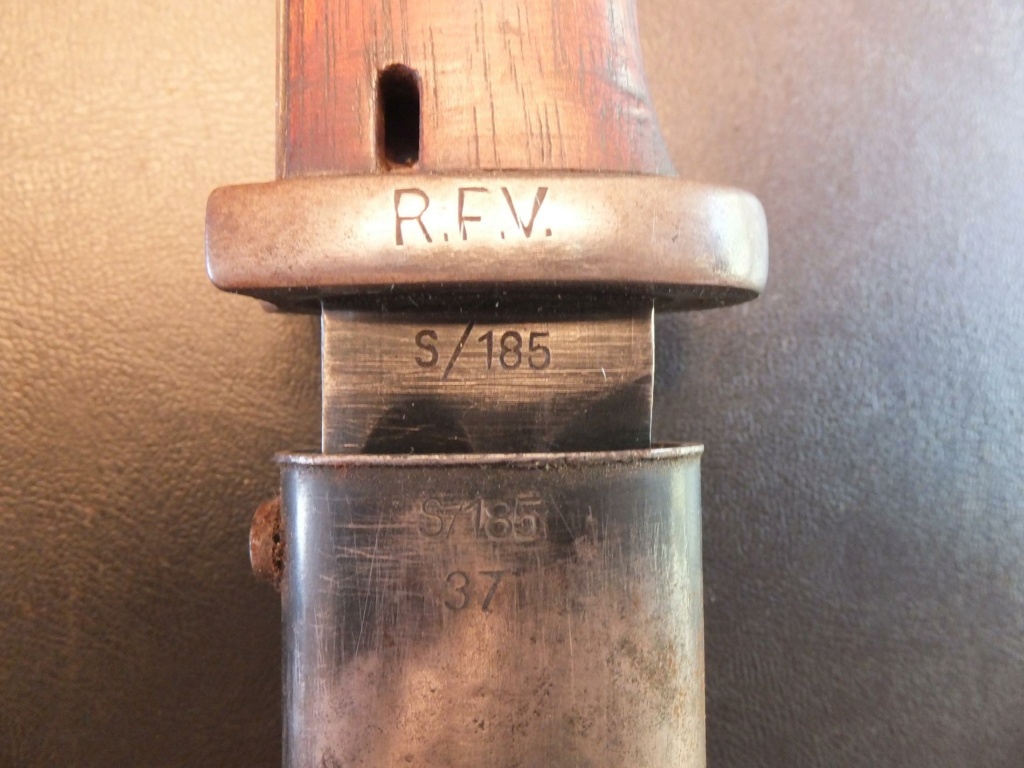 I assume normal Kar98k from Wehrmacht delivery, should be in B.Karem and M.Steves book. The 41 agv stamp should be compared with rifle markings as this could be replacement piece, but no other pieces are reported in that range.

This bayonet has passed from collection to collection....
http://k98.free.fr/RFV-41agv.html